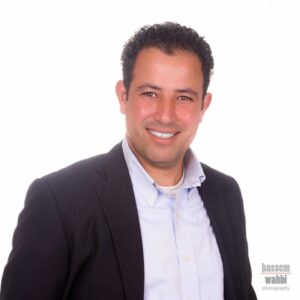 A Testimony of a Muslim Convert to Christ

Ali Boualou was born in Morocco to a Muslim family. In the mosque of his city, he studied Islamic Studies and Arabic and became a devoted Muslim in his teenage years. Then, in his late twenties, Ali met a Moroccan Christian. After three years of gospel conversations, Ali truly met Christ and accepted him as Lord and Savior. Once people knew Ali became a follower of Christ, persecution began. He was forced to leave his job and was sentenced to prison because of his conversion. His story has many other details, including escaping persecution to seek asylum in the USA, where he received two academic degrees and found a job, through which he continues to preach the Good News to all around him. Ali is still involved with the church in Morocco and in reaching out to Muslims in America and around the world.

Come and learn about Ali and the multitude of Muslims who abandon Islam to follow Christ. We will listen to Ali, and offer a time of Q/A to understand more about how to proclaim the Gospel to Muslims and how to pray for the persecuted Church.

Jenkins Center Teatime takes place every Tuesday and Thursday after chapel during the semester.